Give Me Paris Every Day 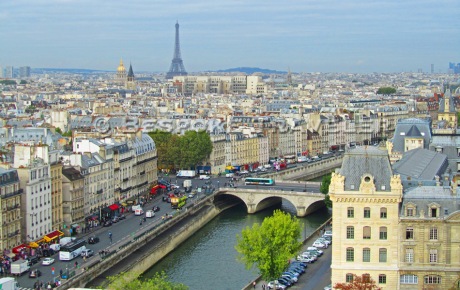 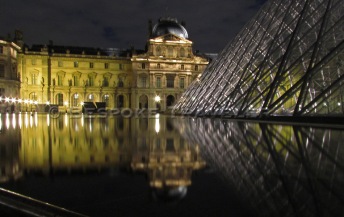 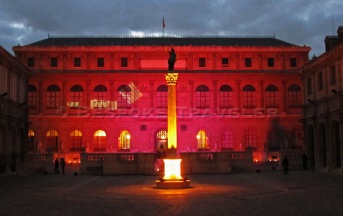 Every photographer has a muse. Mine is the enchanting city of Paris. When I reveal this, people usually look at me with disappointment at such a trite answer, and ask why. I answer that it is because she wears her every emotion on her sleeve, making no excuses. After all, the power of a photograph lies in the ability of the subject to manifest its personality through the veil of two dimensions. Paris, like a seasoned thespian, pulses with charisma. Her magnetism exudes out of her pores at every street corner, in every cobbled neighborhood, and through every checkered café tablecloth. I never have to worry that she will have a bad day because even at her worst, Paris brings passion to the table. That’s why it is so easy to make her look good at every turn and why taking photos in Paris is one of my favorite assignments.

Take for instance the fact that at any altitude Paris looks sophisticated. A city of over two million, Paris is one of the few with great vantage points from which its perpetual glory can be admired. Musing with the nineteenth century gargoyles atop Notre Dame de Paris, I am always guaranteed a contemplative look at the city. Making my way to the top of the Eiffel Tower, I am rewarded with views and photos of a Paris clothed in green parks and gardens. Even from the rooftop of Paris’ Lafayette Gallery, the gently sloping slate colored Parisian tiles, the sensual curve of Eiffel’s steel, and the broad Haussman avenues show off a city confident of its own attraction.

Even modern hangouts like the Centre Pompidou and the Grand Arche have altitudes from which to see the rest of low hanging Paris. Aligned perfectly with the Arc de Triomphe, the Grand Arche provides a window seat view of modern and ancient Paris coming together. While most of Paris is free from skyscrapers and elevated structures, the city has quite a few vistas from which to admire its changeability. Montmartre, once the haven of drinkers and dancers, sets off the view of proper Paris from its white domed Sacre-Coeur basilica. Here, despite the passage of time, I find my photographs take on a bohemian outlook, tinged with the romantic sadness that always cloaks the city.

One of the reasons I love taking pictures of Paris is that my subject looks good regardless of weather or season. People sing songs about Paris in the springtime, and I agree, there is a joie de vivre about the city as all of its stately gardens bloom. Especially in the quiet grounds of the Buttes Chaumont, as all of Paris’ suburbia lies dormant under the park’s belvedere of Sybil, Paris looks unruffled. On a summer’s evening in the dusky quietness it is easy to feel protective over the city as it slumbers. My photographs of warm weather here always have a golden hue to them, reminiscent of idyllic Paris.

For a mercurial view of Paris, I like to head out on a rainy day, usually during the autumn when the city’s underbelly is exposed in the wet and shining cobblestones. During these times, rather than looking like an unappetizing entrée, Paris oozes romance and pathos. Her streetlights take on jeweled tones in the mist and the windows of her apartments gleam with insouciance. Rainy days are my preference in Paris because rain in this city doesn’t keep anyone sleeping. Parisians retain their grit and passion even as the clouds overflow. Photographing the rain cloaked city allows me to capture the gleaming streets, the streak of a red raincoat, and the blur of home lights in the evening. In the rain, Paris feels even more intimate to me.

I think no other city does sadness as poignantly as Paris.

When grey skies cast a pall over the Eiffel Tower, when snow encases the chubby green angels on the fountains, when the leaves of tree laden Tuileries are denuded, Paris becomes heartbreakingly isolated. While the colors no longer pop vibrantly during this time, Paris takes on a veil of mystery, where every corner beckons to be rediscovered and cozy cafés that seemed mundane on the regular routine take on distinct possibilities. As the fog rolls in and out of the winter city, my photographs take on the feel of yesteryear in tones of silver, grey, and slate.

Though this European capital doesn’t boast of late night revelers, the “City of Lights” provides a mélange of attractive vistas while the moon shines. From the twinkling display on the Eiffel Tower to the seductive lamplights of the Pont Alexandre III, night-time in Paris is for lovers, for explorers, and for philosophers. When the sky turns indigo and the stars reflect the many flickering sparks of Parisian landmarks, I am able to capture the city’s innate appeal in my photographs.

The quality I love best about Paris is that she lets in her admirers. This city doesn’t present a cold, modern exterior to everyone or pretend to be urbane and polished. Paris wears all her personalities on her sleeve, whether it be the city’s romantic side, its moody turns, or its effervescence. The city doesn’t hide her old structures, her decayed interiors, or her harsh perspectives. Paris is a photographer’s dream because it always remains open and accessible, never ashamed of its eccentricities. This is why Paris continues to play my favorite muse.

The Eiffel Tower is one of the most photographed landmarks in Paris and has inspired countless movies, books, and articles. The tower has also inspired more than thirty imitations of its structure around the world. A well earned victory for engineer Gustave Eiffel who was initially ridiculed for his intrepid design.

To discover more secrets about the Eiffel Tower and Paris’ other iconic buildings, check out our book “Cities of Kings.”