Getting to Know Big Sur 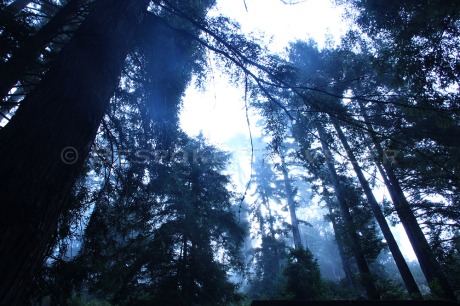 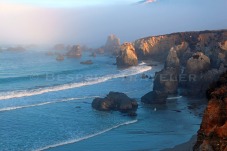 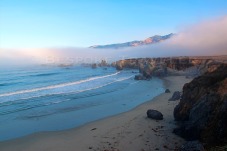 I took a camping trip to Big Sur in search of its true personality. I had driven through the area many times on my way up and down the California coast. It seemed a beautiful spot, rugged hills on one side, the mysterious and deep Pacific on the other. Despite its beauty and my frequent visits, I had never really gotten “to know” Big Sur. For years it was nothing more than a distraction during my drive. A spot of wild coast to gasp over while I minded the next curve. What was Big Sur in reality?

I had no idea. Some people talked of it as if were a paradise awaiting them if they were lucky enough. Other people spoke of it as a pilgrimage they needed to perform every year. I couldn’t imagine what could possibly have captured their fervor. I had stopped several times on my jaunts along Pacific Coast Highway 1 and stared at the mesmerizing ocean, full of blues and without a horizon. I had taken photos of the twisting roads, the narrow bridges, and the steep shorelines. Yet, on each trip through the area, I felt that the personality of Big Sur eluded me. Surely, there was more to this place than some misty waves and rocky crags?

I began my journey by trying to find a place to stay. There seemed to be two options: hotels that cost a fortune or campgrounds for the price of a dinner for two. I settled on a campground both to spare my wallet and because it seemed the better way to get intimate with Big Sur. My campground was actually in Big Sur, which I discovered, was a village, 26 miles south of Carmel, California. It had a post office, but that is where it stopped resembling anything I had seen in civilization. If I blinked I could miss the place because there were no sign posts and its high street was the highway. Everything was covered in trees. Though Big Sur at first glance looked more like a secluded national park, it was instead a forest in which quite a lot people lived. Oddly, my campground felt like Hansel and Gretel had given up on returning home and established a commune for lost wanderers. There were tents, but there was also laundry hanging between trees, children playing along the river, and parents cooking dinner on the fire pit. There were coin operated showers and crying babies, but also squirrels and midges and brown feathered birds.

At Big Sur, I discovered I could park anywhere along the road, climb a ladder over a fence and walk through a quiet cowboys field that suddenly brought me to a stunning spot along the shore. No one was there. It was as if I had discovered a new country, and far below me the edge of land itself crashed into the steel-gray ocean. A mist crept towards my backside, a solitary gull screamed and not a soul was to be seen. Yet moments before I had been stuck in a traffic jam of cars along the road. There seemed to be hundreds of these trails lost in the hills and among the brush, no markers identifying them, barely legible paths etched in the dust, all leading to private views of the shore. I met a family happily living along this stretch of shore, camping daily at a different spot along the rocky cliffs, their worldly possessions in a tiny rusting Nissan. They were personable, courteous, and charming, but my campground seemed too much civilization for them. I found a hidden beach at the end of a two-mile rutted lane and a breathtaking waterfall inside a fog ridden cove. I went up and down the same stretch of blue highway so many times I could have traced where every curve began and every descent ended. Yet, for all my exploring, I saw only a small slice of Big Sur.

During my visit a heavy fog stayed over the area, sometimes obscuring the ocean, sometimes descending onto the highway and through the tops of the trees. Big Sur was definitely telling me, “There is only so much of me you’ll get to see.” There are hundreds of trails I will never walk on or even be able to find. There are portions of the shoreline I can only glimpse briefly from the road. There is much of the forest and the hills that remain concealed to me. What little I have seen has led me to realize that Big Sur is more than a few seconds stop on the side of the road. It is a world in which everyone can feel both at home and get lost.

Many define Big Sur to be the segment of coastline along California Highway 1 that runs from Carmel to San Simeon. This area includes the villages of Big Sur, Lucia, Gorda, and Posts.

If you have been to Big Sur, what were your impressions of the area?