Bespoke Traveler teamed up with Expedia.com to explore northern California’s Lake Tahoe region and its bounteous nature for a lesson in the art of seeing. Before you read about my adventures, see Lake Tahoe in the Expedia Viewfinder Image Library. 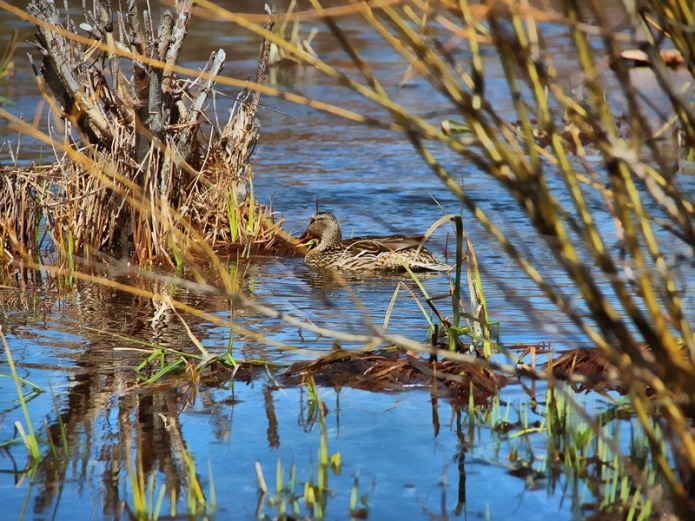 “Whoa, check out the teeth marks on this! Bet the beavers used this stump for that dam over there,” he says. I glance from the half-chiseled trunk he hunches over to the debris plugged stream he points out.

“Beavers, huh?” My pulse quickens. I scan the placid pond to my right and spot a dark stub rippling in the middle. “Hey, is that a beaver poking its snout out of the water?” I ask, excited.

“That’s a floating stick,” he replies, confident after a quick survey. Just then, I hear snide cackling from behind reed clumps. Seconds later, two mallards swim out from cover, laughing at me openly before popping under the surface. I turn away deflated. 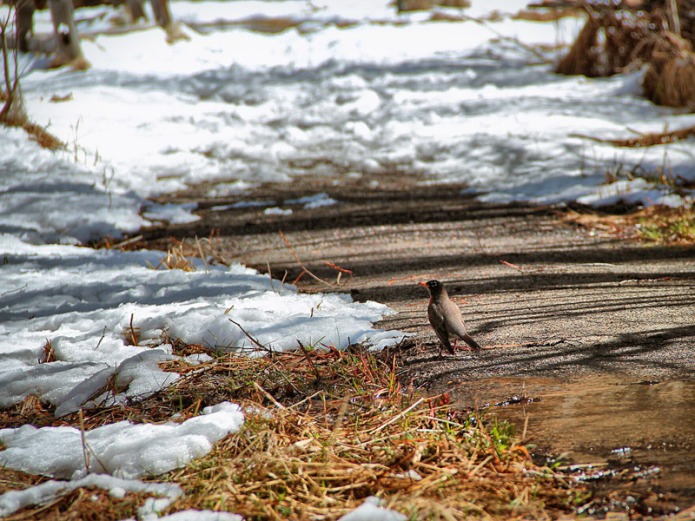 In my backcountry trek through the Lake Tahoe watershed I have so far detected a blur of evergreens, a ground strewn with cones, and one junco who flew at my feet in a whir of feathers. Startled, I jumped backwards and the bird indignantly flapped to the high branches of a lodgepole pine. That is more than I usually unearth of Tahoe’s wilderness as I am better acquainted with its well-groomed ski slopes than its wetlands or meadows. 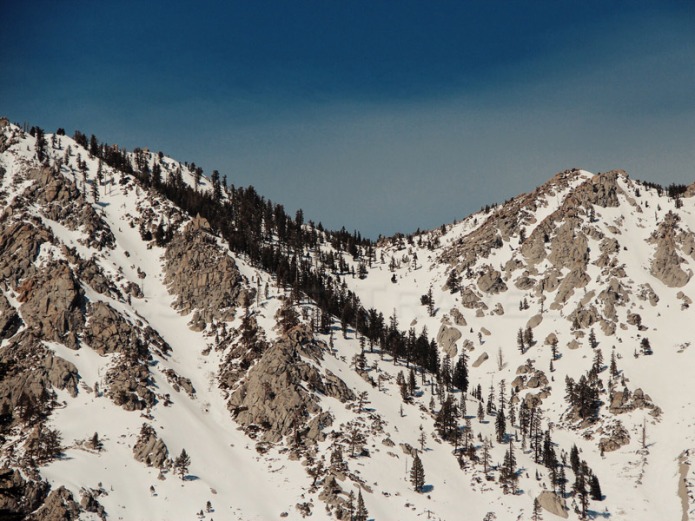 Not far from those powdery runs there are numerous routes to navigate through the glacial basin which is where I find myself today. One of my hiking delights is wildlife encounters: glimpsing nervous hare, chancing upon foraging deer, sighting osprey circling. They happen rarely to me, but to Jesse all the time. Perhaps it is his photographer’s mentality, his finer perception of shadowy depths? He is always spying a prize from his keen examination of the details. Meanwhile I am doomed to blindness, forever missing the minutiae of a universe dispersing flashes. It has bred a jealous competitive streak in me. So I pester to accompany him on outdoor rambles in hopes I will outwit him, discovering a furtive fox or abandoned nest ahead of him. 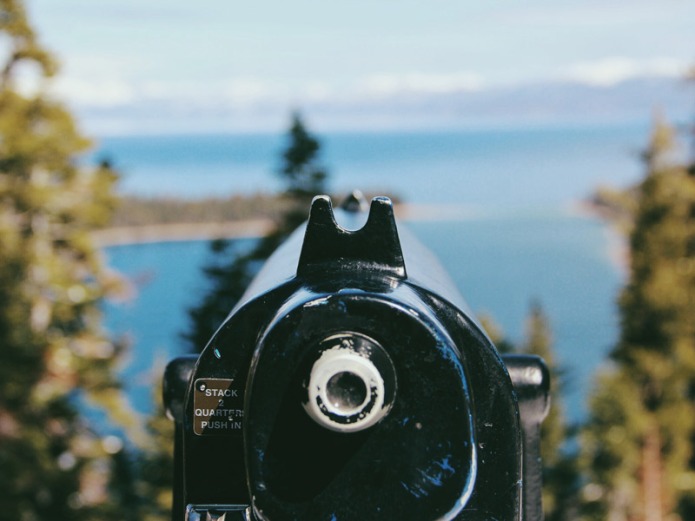 “All a matter of looking in the correct locations,” he tells me constantly. Thus, I choose my settings carefully. I study snow patches for bear tracks, peruse twining boughs for bright-breasted robin, skim the rushes for shimmering dragonflies… all to no avail. A masked realm greets me, unwilling to open its doors. Like my mother who claims each of her recipes consists of “some spices with a pinch of salt,” I am convinced Jesse is holding out on key details. There is more to observing than meets the eye. 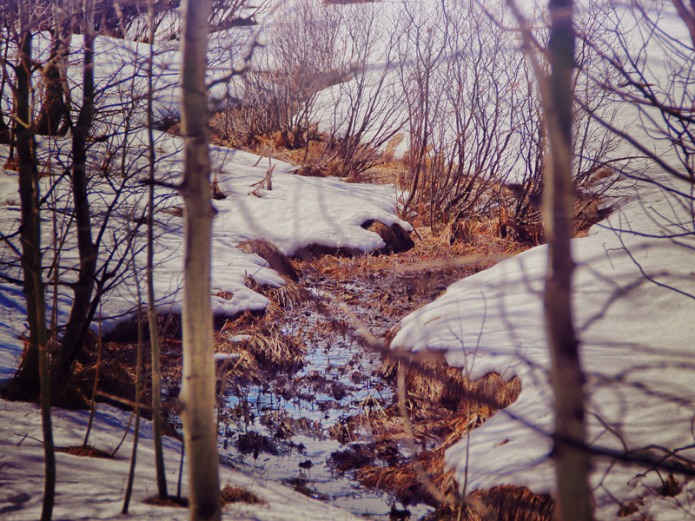 I sprawl upon the banks of a winding runnel, my chin grazing its lazy amber sweep. I wait for minuscule stirrings, infinitesimal shifts below. I sense a skulking presence scrutinizing me from some cattail clusters. I change position, resting my cheek on a wet rock for better visibility. I loiter, peering at the dense grass. Jesse proceeds to slouch next to me.

“Do you hear that?” he asks in a whisper.

“The croaking,” he says.

Brows furrowed, I listen for the sound. In between the clamor of buzzes, chirps, and burbles I glean a faint ribbit. “Yeah, but where’s it coming from?”

“In there! See the tiny tree-frog?”

“Where? Where?” I concentrate, craning my neck, bobbing my head, a human pigeon searching for crumbs in vain.

“In that thicket to the left,” he replies.

“Greenish-brown. Did you find it?”

I shake my head, frustrated. The creature is lost to me…. Finally, a webbed pad twitches. My eyes widen and I distinguish the amphibian from its surroundings for a moment. Then its slate-speckled body leaps into muddy obscurity. “That’s a grey frog, not green or brown,” I declare.

“Grey? No! The frog was clearly green and brown,” he counters. 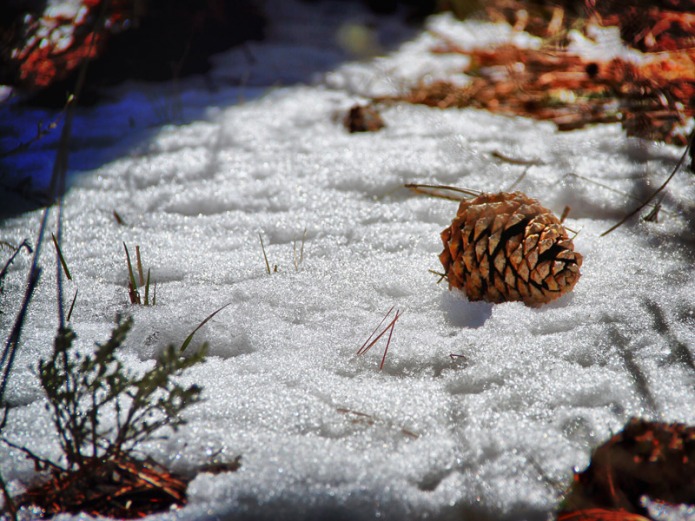 I arrive at two conclusions: I need to hone my other senses, and shade is specific to the beholder. I cannot rely on Jesse for my captivating experiences. Instead I must attune to the granular scenery, fathom hue and dimensionality for myself. Tramping again I scour my periphery, nose quivering, ears perked, fingertips tingling with urgency. I spy a few whistling chickadees, inhale cedar fragrance when the wind whips their limbs, hear a distant creek gurgle whilst I linger over fir needles. I am not overly ambitious —a few chipmunk visitations will suffice, a mink view will do. The gnats, however, have tracked me. To evade them I interrupt Jesse’s examination of a moss-crusted fallen log.

“It’s really surprising what you can find in the weirdest places,” he says. Two ant groups parade in separate circles inches from each other. They march in file, never straying. We watch mesmerized expecting them to join forces any minute, maybe regroup formation. They have other plans, strictly adherent to their proscribed path. The purpose of their clandestine maneuver remains unknown to me, yet I peek into the cosmos’ continuing mystery. I realize that I have been as foolish as these ants, relentlessly plodding the same trajectory, never dreaming darkness camouflages light. Prosaic interactions lead to astonishing treasures. Death gives shelter to microcosms. The entire period I sought evidence of life, I was bulldozing it with my obtuseness. How many thousand protoplasms have I decimated at each step? Busy hunting for lofty game I forgot about the multitudes composing nature’s backbone. 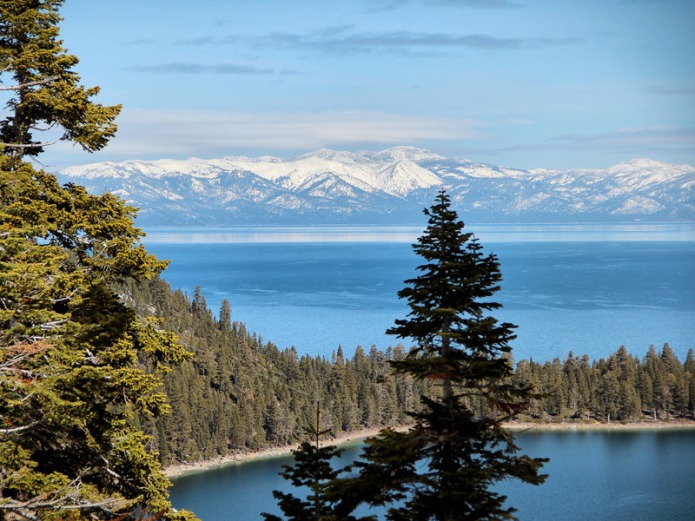 Armed with the secret, I ferret under boulders and probe soil around my feet. Innumerable ecosystems dart from the thrust of my pen nib. Vacant interstices teem with energy. Now, I chase the gnats who disperse, their bemused hum an effervescent concerto. A cinnamon aroma guides me to dappled fronds. When I caress the downy stem spindly legs wave at me from within the lacy entanglement. Suddenly, an ebony spider vaults mid-air, suspended on nothing! I gasp in disbelief. It calmly saunters over empty space then vanishes. Baffled, I forage for the arachnid magician. Not until my breath vibrates the aether do I glimpse the diaphanous filaments of its sorcery. Upending a decayed oak leaf to comb for my invisible wizard, I behold an iridescent emerald beetle. Its jewel back gleams in the dusk, winking in camaraderie. I have captured creation’s spark. 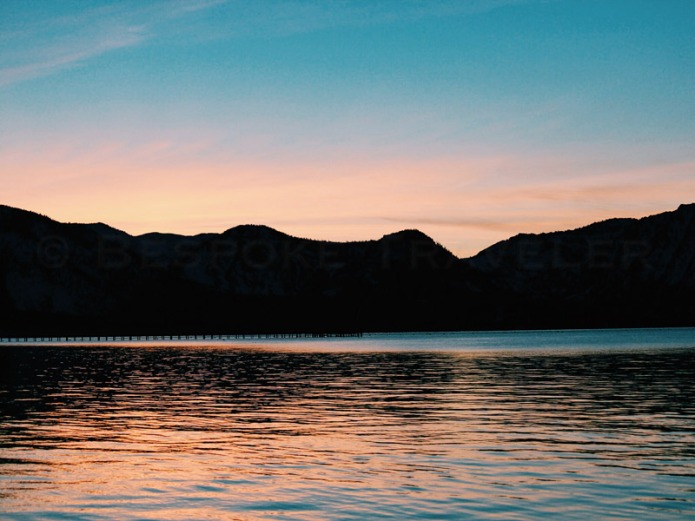 “Quick, quick, come see!” I shout. The insect scuttles into a neighboring hole before Jesse shows. I laugh. No matter. Its disappearance provides for other unfolding intricacies. The art of observation has transformed Tahoe from a charming panorama to a dramatic performance on a microscopic level. I will no longer envisage this destination in general terms. It lays open to me in glorious subtlety, fashioning itself into my core, an eternal essence of my being. Acquiring this vision has required unscrupulous attention, unceasing effort, and rigorous discipline. With my new understanding I shall rummage everywhere with an enhanced sensory awareness. In my travels I will remember to gaze long and hard at the tiniest features, the gloomiest corners in order to appreciate how details elevate the whole terrain. I will employ all my faculties to witness cities bloom, landscapes metamorphose, and the ordinary alter into the wondrous.

The second deepest lake in the United States, Lake Tahoe supports both riparian and sierra biological communities. Walking the many paths here unearths beautiful stories about the diversity of each zone. For adventurous hikers, the 165-mile Tahoe Rim Trail skirting the lake reveals its volcanic and glacial past. Shorter tracks like the 2-mile Five Lakes Trail and the 1.2-mile looped Tahoe Meadow Trail display deciduous groves and alpine flora.

What details have you discovered on your travels that surprised you? Do you have any tricks for finding the uncommon? 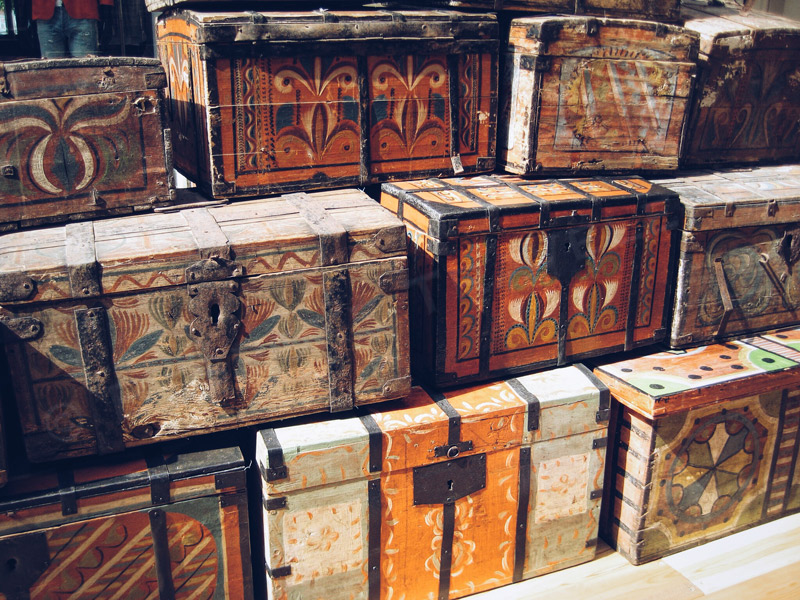 Left Behind at Point Reyes

The case for disappearing
Left Behind at Point Reyes

Keeping Time in Valley of Fire