Seeing and Believing in Helsinki

I enjoy being invisible in a new place. It helps me adjust to unfamiliar customs. It prevents me from seeming like a neophyte while I reconnoiter the roads. It keeps me safe. Sometimes, though, going unnoticed works to my disadvantage. I was in line at a cafeteria style restaurant in Helsinki, Finland. It was lunchtime and the spacious hall was crowded with avid customers. I was hungry. I waited in line for a slice of pizza because it had the shortest queue. A tall drooping man transfixed by his smartphone cut me off to stand in front. I did not say anything. He received his food and clomped away. Even though I was next, the serving lady spun to the cross-armed woman behind me and asked her what she wanted. They exchanged pleasantries along with a slab of sausage and cheese. When the purchaser departed, the attendant turned to disappear into a back room. I was left to stare at a glass display of fifteen pies. I waited. A few patrons came to scan the goodies then, seeing no one at the counter, went away. I lingered alone once more, pacing in hopes someone would come out of the rear. A harried office worker laden with shopping bags arrived. We nodded at one another, ogled the pizzas. No one materialized to assist us. The business suit huffed, walking away while muttering. I followed. It was a trivial setback, yet I was deflated. 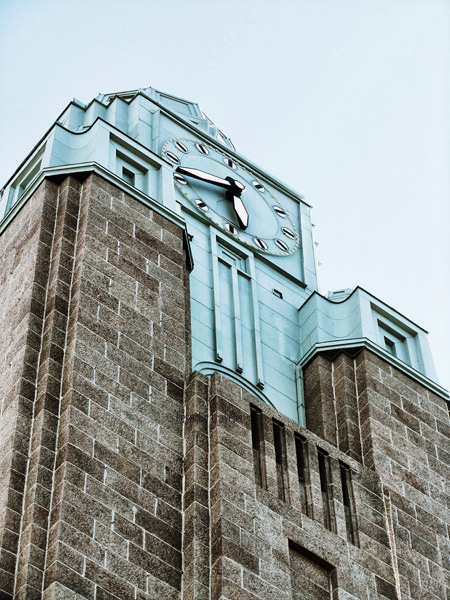 Outdoors the wind chilled my ears. The sky was a sheet of lead. The red-tiled theater sneered. The clock tower of the railway station mocked me with its ersatz chimes. Drizzle started. The streets grew slick under my rubber soles. Umbrellas popped open around me, spraying droplets into my face. I huddled into my collar, my stomach growling. I ducked into a gloomy doorway for shelter. Through the opaque windows I caught a peep at white tablecloths. Heaving the ornate metal door, I stepped into a dim chamber of leather chairs and flickering chandeliers. The pinging of cutlery echoed against the walls. The diners looked macabre in the chiaroscuro. The waiters floated by with wooden expressions and dead eyes. I hastened out before anyone could confront me.

Back in the rain, I felt all of Helsinki was cold and unfriendly towards me. My invisibility cloak — which I had so proudly worn — now isolated me from the store-lined avenues, the dripping rowans, the scurrying pedestrians. The day was marred. Curiosity to explore abandoned me. I wanted to board the next train out of this unwelcoming capital. I longed to return to my hotel, but hunger kept me moving. Exiting from a soggy park occupied by circling pigeons who I sensed were readying to ambush me, I encountered a sedate summer-house. From its elegant paned glass siding streamed golden beams. The downpour stylishly cascading down its casements. I lurched up the porticoed stairs, through the open entrance, in a daze.

“Good afternoon,” the hostess said, smiling cheerfully, “a table for one?” I nodded. Light filled the interior despite the gray weather. Couples murmured at each other, friends laughed and clinked water goblets, a baby gurgled with pleasure. “I hope the wet conditions have not dampened things too much for you?” she asked as she led me through a maze of narrow aisles towards an alcove. Knotted into an unhappy mess, I managed a tight smile at her. We passed a mirror and it reflected me grimacing. “The waiter will be right with you,” she said, handing me a menu. I tossed it on my plate, flung off my wet coat, and exhaled into my seat. A wave of heat wafted from above. The aroma of baking drifted my way. I leaned back in my velveteen chair, sighing. I began to notice details again. A potted palm posed demurely adjacent to the large sashed aperture in my corner. I picked up the menu. While deciding between baltic herring or fruit soup, my server popped up. He laid a bread basket in front of me.

“Good afternoon,” he said in a soothing voice, “would you care to start off with a cup of hot coffee?”

“Very good. Let me quickly refer you to our special today, the reindeer stew. Do you have any questions?”

“I was wondering about this fruit soup?”

“Yes, that is a cold soup of blueberries and arrowroot. We also have a toasty vegetable soup you might enjoy more today.”

“That sounds better. I’ll have that and the herring please.”

“Excellent choice.” As he left a second waiter arrived with a steaming pot.

“Coffee?” I agreed eagerly and watched him pouring the amber liquid into my cup. I drank several sips, allowing the beverage to warm me. The outer pane was spattered with drops in a picturesque pattern. A thin draft whistled through the sill, but it no longer seeped into me. I relaxed. The exterior scene appeared cozy. As I progressed through my meal my good humor surfaced.

When I exited the restaurant the Helsinki sky was limpid blue. The green domed cathedral called to me from its dizzying heights. The alleys gleamed with anticipation. The droopy park I had traversed was alive with bird chatter. The boutique fronts had transformed from spartan to chic. Each crooked curve revealed a quirky beauty: a moss-covered vehicle, cartoon hippopotami clambering brick facades, delicate curlicue of adorned lamp posts. The city was sprouting color. There is an adage that says, “Seeing is believing.” I began to understand in Helsinki how believing could also warp into seeing. A single disagreeable incident had tainted my perspective, turned me hostile to an entire destination.The more obstacles thrown my way, the more I was convinced this trip was a mistake. Evidence stacked up as if it were scientific proof. In my angst, I failed to distinguish between reality and my impressions. 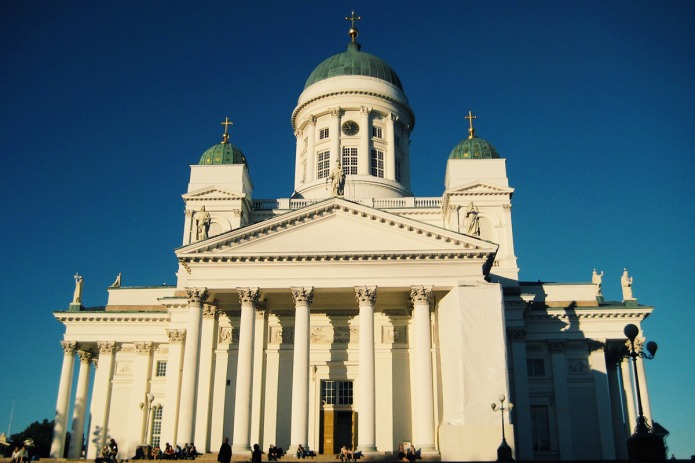 As I was slogging through Helsinki after the vexing episode at the pizza depot, a question kept looping through my head: “Why?” It had pursued me as I replayed the event, first to critique my actions, then to blame the attendant. I rearranged the scenario, dissected it, parsed it for clues as to what I could have done differently. Wandering the leafy neighborhoods under a sunnier ambience I realized the reasons did not matter. What I should have been examining was my internal response. This is, after all, what determined my subsequent judgement of the city and my attitude. How I react to the slings of adversity, large or small, impacts my view of the world; it shapes me as a person; it guides my future behavior. Though I do not want it to influence me, others’ directives often determine how I conduct myself. Helsinki has taught me to always check: how do I wish to be influenced by a particular situation? As a traveler, as a storyteller, and a participant of digital media it is imperative I continue to question what I see and what I believe.

How design improves society is of great consequence to Finnish culture. The art of constructing everyday, timeless, functional structures with care towards its beauty, singularity, and usability is crucial to Helsinki’s layout. Finlandia Hall, built by the renowned architect Alvar Aalto, features an optical deception you have to see to believe: viewing the venue from the eastern shore of Töölö bay it appears as if Finlandia Hall is joined on one side to the National Museum’s tower. In actuality the museum resides across the street.

What do you do when circumstances or people sour your travels? How do you rebound from an unpleasant experience?