Spirits of ancestral Mesoamerica hover beyond my periphery. Wandering through the Anthropology Museum in Mexico City, I can hear their prayers aspirating among the sacred icons. This is no customary aspic collection of austere antiquity. The exhibits pulse with seismic energy. Xochipilli, patron of art and love in all its sensual facets — his head tilted up, his seated body alert — summons the ghosts of dreamers. An Olmec head, with a frown and piercing gaze, conjures the anima of its slumbering despot. Chacmool, reclining in submission, proffers himself as portal between me and valorous eagle warriors. Even the floor-to-ceiling windows, the marble parquets, the geometric latticework evoke pre-hispanic allusions. Nothing is basic within this complex. Statues, amulets, materials, balusters, and the patio are symbols of a timeless philosophy. 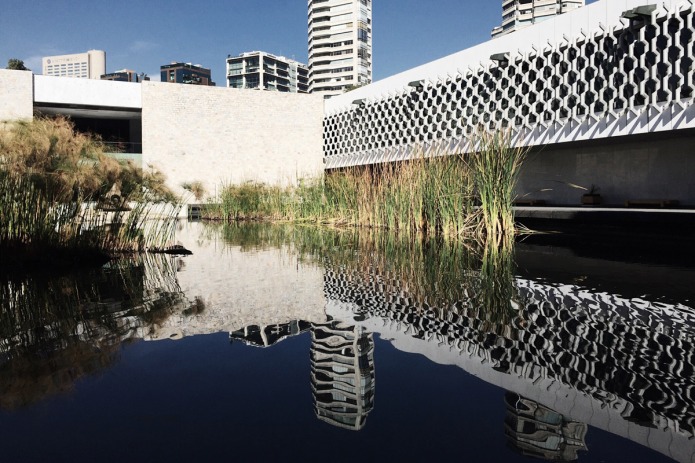 In the courtyard, under the waterfall, I perceive the hollow notes of a Nahuatl melody. The scenery shimmers, shifts as if an invisible curtain were drawn aside. I am no longer seated by a sunlit pond. Instead I am surveying a reed dabbled lake at the dawn of this valley’s civilization.The murmur of elders behind me discuss the viability of crops; children laugh as they gather firewood; the shuffled footsteps of washerwomen approaches. I turn my head and the shroud drops, the setting comes back into focus. There is no laundress, no gamines, no settlers. A young woman shambles towards my bench to rest her weary feet; teenagers giggle as they race through the hall; a tour group argues under the metal umbrella. Discombobulated I catch my breath, a time traveler out of sorts.

This keeps happening to me throughout Mexico City. It is as if the dead have woven themselves into the fabric of contemporary turmoil. The surreal is never too distinct from reality. Phantoms of another epoch walk beside the banker, the student, the artist, the entrepreneur, the mendicant. Capricious gods of yore hold court alongside the Christian trinity.

I make my way through the Metropolitan Cathedral — an extremely Baroque edifice with the stamp of conquistadors in its gilded reredos, its vaulted ceilings, its domed bell towers. Every detail here exclaims its Catholic fealty. The thrum of somber organs reverberates with accusations of sin. Mournful retablos encourage remorse. Apostles bristle with martyrdom alongside Solomonic columns. Yet, its deliberate corpulence cannot trample the soul of the Aztec sanctuary it crushes underneath.

The foundation stones themselves belong to another allegiance: dismantled from Montezuma II’s venerated house of worship, reconfigured into a new myth. As a physical and metaphorical sign of conquest Cortes’ men erected their basilica out of Tenochtitlan’s rubble. However, the slabs have not forgotten. The crypt may shelter disregarded bishops, but the legends of Iztaccíhuatl, Quetzalcoatl, Tonatiuh are not yet buried. Christ is depicted here as savior and also “Lord of the Cacao.” In the crepuscular alcoves denied to the devout, wights susurrate incantations to former deities. Above the funereal hymns I can almost discern their primitive paeans. 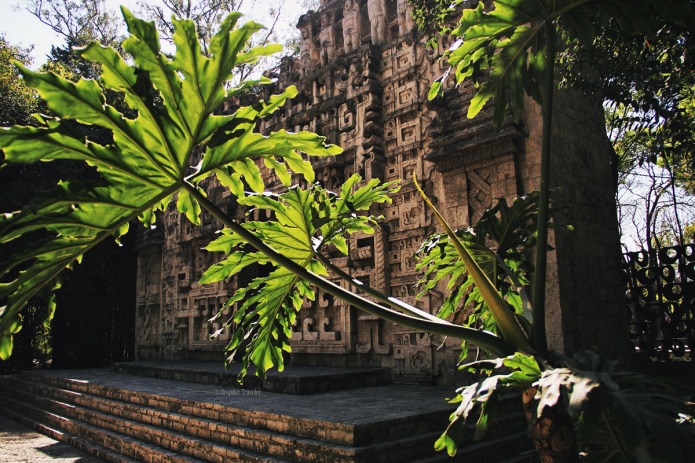 I wander over to the archaeological dig of Templo Mayor. This is the center of Mexica power. Seven centuries of religion and politics quiver within the exposed deposits. Now mere decoration, they still possess their authority. A pair of toad sculptures, conduits of rain god Tlaloc, glowers. Carved serpent heads slither along steps in knotted glory. Rust daubed pavers, residue from once brightly painted facades, darken under cloudless skies like ichor. This site vocalizes humanity’s pattern of revolt and subjugation. Each tilted layer uncovers the previous society’s hopes and struggles. The specters here are bold, unapologetic about the interplay of beauty and savagery. They devour the sagas of previous generations, brazenly incorporating them. I try to decipher their words of wisdom. Witnesses to immeasurable evolution, they must know all the answers. 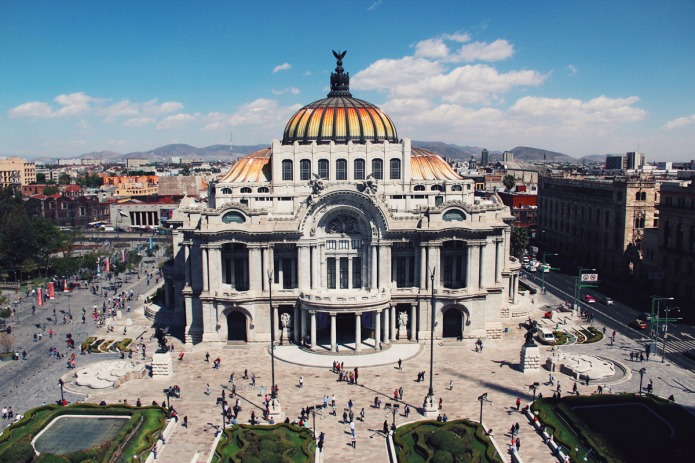 I scrutinize the crumbling terraces, the chiseled parapets, the splintered stucco in search of those answers. How does one achieve potential in the surety of inevitable decay? How does one retain truth while adapting to new dogma? How does one become resilient without sacrificing love? Mexico City has found a way to incorporate growth without falling into the pit of doubt. I scan the excavated Nahuatl shrine, the domed Spanish Palacio, the rectangular twenty-first century mall, amazed to find myself at the crossroads of epochs. An embryonic era rises out of the ashes of extirpation. While other cities flaunt their monotonous development of progressive infrastructure, this metropolis dances with its heritage. While others entomb fate’s assaults under asphalt, Mexico City bares its innards for posterity. It is proud of its variegated messy past.

Running through that chaotic narrative is the convoluted solution: in the cyclical cosmos we perform our singular acts. It is a philosophy that connects with me. Despite failed governments, incessant inequity, destiny’s shifts, life is spent to the fullest. The neighborhoods are replete with colorful art. There is exquisite cuisine fusing tradition and avant-garde technique. There is laughter in the tumultuous avenues, smiles in the hushed alleys. Parent, scholar, virtuoso, and laborer tackle the burden of integrity with unabated determination. I am inspired by their perseverance. I am motivated by Mexico City’s voice. The spirits speak clearly to me. “Here you are,” they say, “who you ought to be. This is your time, make the most of it.” 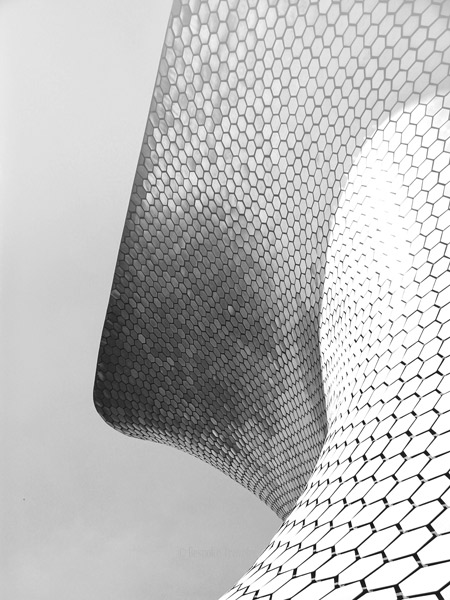 When the Mexica, a wandering tribe, arrived at the Anáhuac there were already thriving agricultural communities in the area. Conquering them, the Mexica set up an elaborate empire. By the time Hernan Cortes visited Tenochtitlan, the temple complex within the capital, had undergone seven expansive iterations above its original construction. All of these can be seen at Templo Mayor.

If you have experienced Mexico City, let me know your thoughts in the comments below. In what ways can cities better incorporate their history while modernizing?